FROM STATE OF ZACATECAS

With a total built area of ​​just under 160,000 m2 and exterior areas of 122,241 m2, the Ciudad Gobierno Zacatecas complex is made up of 9 office buildings, 1 auditorium and 2 parking buildings with a capacity for 1,650 covered drawers, which together with 650 Exterior drawers adequately meet the demand of the complex.

Ciudad Gobierno of the State of Zacatecas is located in the property known as Cerro del Gato on the outskirts of Zacatecas in the direction of the airport. The set was solved by generating two main axes, on one side of which the different complexes are developed.

The first axis of composition was generated at the level of the complex, where an aqueduct is located that refers to the existing aqueduct of the City of Zacatecas. This axis is born from the landmark at the top of the hill and ends in the general access of Ciudad Gobierno.

The second compositional axis of the project is also born from the milestone and ends in a double auction; One is a terrace that directs our gaze towards the access of the city and the other is a square that crosses one of the urban windows between the screens to finish off with the health building.

The design of the buildings responds to a radial composition, since they are located on a hill, which almost naturally generates curves that link the spaces and the buildings. From this idea, screen walls are generated in the project that end up integrating each work in both form and space.

The architecture concept of the buildings is timeless, providing that through the years it maintains an always current image. The outdoor spaces are designed so that people with disabilities can move comfortably throughout the complex, for this they had walkers with the minimum slope, outdoor lifts, bridges and ramps.

Throughout the axes squares and walkways are formed that help to the functional resolution of the whole. Within these squares, reference is made to historical and cultural sites of the State, such as its archaeological zones, its colonial buildings and its most outstanding activity: mining. Taking these elements as inspiration, the squares were created: Santa Mónica, Altavista and la Quemada, which were harmoniously and efficiently integrated into the complex.

Ciudad Gobierno of the State of Zacatecas is made up of the buildings: Government, Seplader-Sedezac, Auditorium, Legal Coordination, Cadastre, Comptroller, Comprehensive Family Development, Public Works, Institutes Building and Secretary of Health, as well as parking buildings. .

The exterior areas are made up of a perimeter vehicular road that runs through the entire complex, pedestrian circulations are interrelated in the different buildings through squares, walkways, trails, roads, adorned with sculptural elements and water mirrors.

The landscape was a crucial element for the project, it was possible to integrate the existing vegetation in the area and detonate it to generate a better balance with nature, for which, various criteria of interdisciplinary professional advisers were involved, whose experience and ecological awareness gave as The result is a sustainable project that complies with local and international regulations.

In the process, the location of the land was a crucial issue because I seek not to affect the cultivation areas and land close to bodies of water such as lagoons or rivers. The property was located within an urban area and had the advantage of having urban transportation, which greatly reduced the use of automobiles to access the complex.

Due to its characteristics of architectural design, sustainability and avant-garde, this project was awarded with gold and platinum medals at “The International Property Awards” in London, England; and in Mexico he was awarded the “Obras Cemex Award” in the Public Services and Assistance Category. In addition, in 2011 he was nominated among the 20 best projects worldwide at the World Architecture Festival and Awards in the city of Barcelona, ​​Spain.

This Development was registered as PPS 001 before SAT at the Federal level in the country of Mexico. 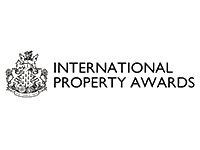 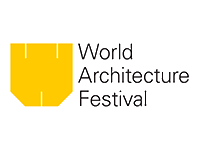 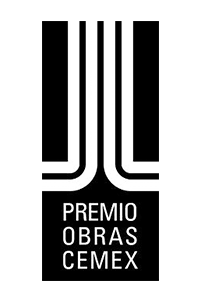